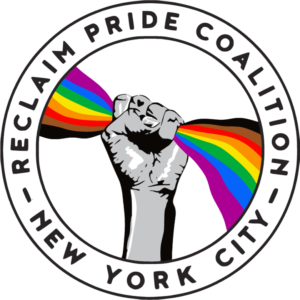 This year was a special one: the 50th anniversary of the Stonewall uprising. Some call it a riot, though there’s some debate about whether the resistance to yet another police raid at the Stonewall Inn on June 28, 1969 fit that definition. But it was momentous.

It was a time when being arrested in a raid at a gay bar meant not only legal hassles, but the likely prospect of your name being reported in the local paper the following day. And since you were most certainly closeted at the time, that publicity could get you fired, evicted or worse.

The LGBT community has come a long way, so there was a lot to celebrate at Pride parades around the world last month. But there was a persistent and vocal group of activists who insisted that Pride - particularly this year - return to its activist roots. That’s why there were two parades in NYC on Sunday: the very corporate, unwieldy, 12-hour long Heritage of Pride parade, and the Reclaim Pride parade that drew 45,000 people, focusing on activism.

Nothing gained by the LGBT community - in fact, by any community - was passively acquired. Advances in civil liberties were hard-fought over years, if not decades, by groups like Queer Liberation Front that demanded equality and ACT UP (AIDS Coalition to Unleash Power), that continue to fight for an end to the epidemic.

Pride was bittersweet this year for those of us in ACT UP/NY who worked with Andy Velez. Andy’s death this spring hit hard, and his absence was deeply felt. But so were the other absences: the men and women, LGBT and straight, killed by a frightening virus that was first reported on in the NY Times on July 3, 1981.

Gays Against Guns, founded in response to the 2016 massacre at the Pulse nightclub in Orlando, marched with photos of members of the LGBT community around the US who were targets of hate crimes.

So the celebrations were tempered with resolve, anger and grief. Sometimes we lose sight of how much we are affected by grief. Many of those who remember the dark early days of the epidemic are only now coming to grips with the effects of losing dozens or even hundreds of friends.

That kind of grief can cause you to self-isolate or self-medicate. It can plunge you into a deep depression that feels all too normal. And it can sap your desire to keep fighting.

So it was with great relief that I learned of activist/author Larry Kramer’s speech at Reclaim Pride. Larry has always been a controversial figure in the AIDS activism community, but he has never wavered in his call to others to get off their asses to end the epidemic and fight for their rights. He knows the unbearable grief that many carry with them. He knows that complacency is dangerous, that silence equals death.

Maybe it’s inevitable that grief and Pride are connected. Maybe it will always be that way. But for Larry, there’s a way to make it a true celebration again:

As much as I love being gay and I love gay people, I'm not proud of us right now. I desperately want to feel full of pride again.

Please give me something to be proud of again. Please — all of you — do your duty of opposition in these dark and dangerous days.

Do your duty, so that one day Pride will no longer be about grief.