Headshots for Writers: To Smile or Not to Smile? 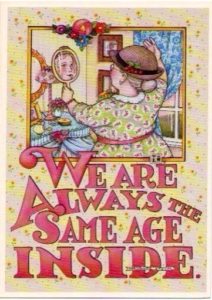 I hate having my picture taken.

I can count on one hand the photos of myself that I like. Either there’s glare from my glasses, or my hair is a mess, or I look like my grandmother. There are no bad pictures of my husband: the camera loves him. It just doesn’t love me.

So when writers say they just want to stay home and write, I understand. Even with a master’s degree in theatre, I don’t seek the spotlight. That’s why I became a stage manager and director. I’m comfortable on stage, at a podium, on a panel. But I don’t crave the attention.

I was overdue for a new, professional head shot. I’m appearing at some events in the next couple of months, and the organizers were asking for photos. So I called a friend I hadn’t seen in a very long time, a photographer I’d used a lot in past careers, and set up an appointment.

As always, we enjoyed a lively conversation during the photo shoot. I went home with dozens of proofs to sort through. I sat at the dining room table, flipping pages...totally confused.

Yes, I was having an identity crisis.

What I write about is serious: six books about grieving the death of a friend; one book about straight women in the AIDS community. No one would fault me for having a photo that looks deadly serious. If I’m smiling in my head shot, does that mean I’m not professional? That I’m not to be taken seriously? 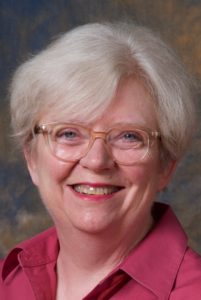 A few years ago, Porter Anderson described me as “so fond of laughing that you’d never dream her book deals with death and grief”.  That’s true. I do like to laugh. When people ask if my books are depressing, I always say no: sad and funny and but not depressing. I realize now that including humor was deliberate.

I say all of this because I was initially resistant to having a head shot where I was smiling. I’d sent out a few proofs to trusted friends: men and women I’ve known a long time who will not hesitate to tell me the truth. And they did. They liked it.

It’s funny, isn’t it, how shocked we are when the image of ourselves in our minds doesn’t appear in a photograph or the mirror? It’s like the drawing above: it’s not really her reflection, but it’s how she sees herself.

Now I just have to get used to it.