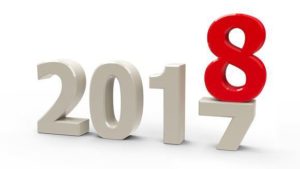 Like many of you, I’m a bit over-committed these days: presents to wrap (assuming they’re already bought), cards to mail, travel arrangements to finalize.

Last December I was in rehab for my broken writing hand. I was still doing things with my left hand only: not just personal care but decorating the Christmas tree. Yes, I put on the ornaments and tinsel without breaking anything else, which was kind of a miracle. My writing, among other things, came to an almost full stop.

The year began slowly. By the end of January I could drive again, though not easily. When I started travelling for the next book in late March, I was nearing the end of my physical therapy. Just rolling my suitcase a couple blocks required ibuprofen and ice packs, but it didn't come close to what I'd endured earlier.

It was May before I began to feel like myself again. I was on the road, interviewing more women for the book, doing a bit more research and expanding my speaking engagements. One of them was the only presentation that’s made me nervous in years. It was a topic I’d spoken on before (moral injury in HIV long-term survivors) but this time it was for an audience of medical professionals at Mt. Sinai Hospital’s HIV rounds. And though it went well, I was shocked to find out that of the ten speakers they hosted this year, I was ranked #1. Nothing gives you confidence like being #1.

I updated my second book, Friend Grief and AIDS: Thirty Years of Burying Our Friends and finally started writing the next one, though I had to push back the publication date from this month to March, 2018.

This book scares the hell out of me. Fag Hags, Divas and Moms: The Legacy of Straight Women in the AIDS Community has scared me since I committed to writing it in September, 2015. It’s an important topic, one that’s long overdue in the literature of the epidemic. But it’s more than that. I’ve felt for a long time that what I write is skim milk. This needs to be whole milk; maybe heavy cream. And I wasn’t sure I was up to it.

But then I sat down to start writing. I hid myself away in a room on the upper west side of NYC for almost three weeks. Unlike previous visits, I saw very few people I knew. I needed to concentrate and see how far I could get. As it turned out, not as far as I’d hoped. But what I discovered was that the women were speaking to me. Literally.

One of the women in the book is actress Colleen Dewhurst, who was president of Actor’s Equity when the AIDS epidemic began. Without her, there would be no Broadway Cares/Equity Fights AIDS, which has raised over $285 million since 1988 to educate, advocate and serve the HIV/AIDS community. I was trying to decide on a compelling story to open the first chapter when I heard her voice:

“You’re opening the book with me.” Admit it. You can hear her voice, can’t you?

I’d already written about her in a different chapter. No, I don’t think so, I thought to myself.

Fine. We’ll see if Colleen’s opening story survives the editing process. But I have the feeling it might.

It’s been like that. Women I hadn’t interviewed or researched have popped up in my newsfeed or in posts from friends - or on occasion just showed up at events I attended - all but demanding my attention.

And though it may sound crazy, it has been comforting. More than one woman I interviewed was surprised anyone would be interested in her story. But others - like Colleen - want to be heard. They want the world to know that straight women have made a difference in the course of the epidemic.

Towards the end of my time with her, my physical therapist admitted that when I first walked in she wasn’t sure I’d regain full use of my hand. I’m glad she didn’t tell me sooner. I just assumed that if I did what I was told and worked hard at my rehab, everything would be fine.

Now I’m hoping the same thing happens with this book. But I’m pretty sure that Colleen will make sure it does.