The Pandemic Had a Soundtrack 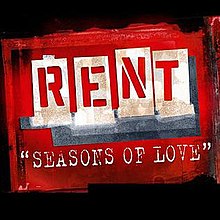 No, not this pandemic. The last one.

The audio version of my book - Fag Hags, Divas and Moms: The Legacy of Straight Women in the AIDS Community - came out in October. I've heard nothing but praise for the narrator, Donna Allen, which makes me very happy. While I was working on the marketing plan, music kept popping into my head. That's not unusual, right? A lot of people listen to music while they work. But this was different, more like earworms: songs that played endlessly in my head whether I liked it or not.

That music sparked an idea, which apparently former President Barack Obama has stolen for his own book (I'm kidding, really I am). I decided to create a playlist of songs that evoke the first 15 years of the AIDS epidemic, from 1981-1996, the years without effective treatment or hope. Unfortunately, most of the songs I remembered were just, well, depressing. Creating that kind of playlist no longer seemed like a good idea.

So I turned to the women who inspire me, the women whose stories I shared in my book. I asked what songs instantly remind them of that time: of people, places, events? It didn't lake long for their responses. I now had a list of songs that conveyed the full range of emotions: joy, anger, determination, grief:

"It Must Have Been Love" by Roxette had just come out when Nancy Duncan was diagnosed in 1990. It reminds her of the guy she was dating, who left her when she told him she was HIV-positive.

For Nanette Kazoka, "I Will Survive" evokes the fierce determination to keep fighting.

Most of the songs Ilene Shaw thought of were definitely in the sad category, but "I'm Too Sexy for My Shirt" by Right Said Fred reminds her of the friends she lost and the fun they shared.

"If You Miss Me" by Trip Shakespeare takes Terri Wilder back to a time when we were all in a constant state of missing people who died from AIDS, and wondering what if would be like if they had lives.

Krishna Stone could curate her own playlist, which would surely include dozens of songs. But she singled out "The Main Event" by Barbra Streisand as one that uplifted people even while they cried.

One of mine may seem odd: "Take Me Home" by Phil Collins. The lyrics are not relevant at all. But every time I hear it, I think of a stretch when someone I knew died from AIDS every week for eleven weeks in a row. Only one was really close, but it didn't matter. I was burned out, unable to hold a coherent thought for longer than a few minutes at a time. So I took Amtrak - coach - from Chicago to Los Angeles. Two days on the train, talking to almost no one, listening to No Jacket Required (this song in particular) on my Walkman, revived me.

Some of the songs are from musicals or films such as Rent, Boys on the Side, Les Miserables, and Longtime Companion. Others were recorded specifically to raise money and awareness for AIDS, like "Sing" by Annie Lennox.

The oldies station I listen to here in Chicago promotes itself as "The Soundtrack of Our Lives". Music does that, even if we don't realize it. It's like a muscle memory for specific moments, places, people. We instantly remember the first time we heard that song: what we were doing and who we were doing it with, where we were and why.

When MTV premiered, many decried music videos as 'manufactured memories'. But sometimes those videos enhance the memories. So I put the Fag Hags, Divas and Moms Playlist on YouTube rather than Spotify, with over two dozen songs. Part of the power of the music comes not just from the lyrics or melody, but the performances. I'm sure more will be added later.

I hope you'll check them out. They're part of the first pandemic these women experienced. And a reminder that we will survive.