5 Things That Make Me Feel Like a Successful Writer 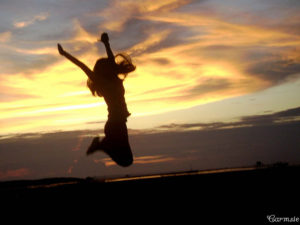 I’ve been thinking a lot about success in my writing career. It’s been much more difficult than I imagined, both the success and defining it:

When I was a stage manager, success meant a performance went off smoothly, with no major problems, as the director intended.

When I was a fundraiser, it meant an event that raised its goal or more, or a grant proposal that was funded.

When I sold children’s books to school librarians, I felt successful when my customers were happy with their orders.

Writing, though, is different. So here are five things that make me feel successful: Everyone has their own definition of success. For some it’s awards, for others it’s sales. For others it’s simply the satisfaction of seeing their name on the cover of something they created.

You may have very specific goals: to sell 1,000 books a month or win a Pulitzer Prize. You may have reached a level of success that you dreamed about, but now feel like there must be a new level to attain. Or maybe you have no idea what it would take to feel successful.

The funny thing about success is that it’s not the same for everyone. My goals are not your goals, nor should they be. Just be prepared to be surprised - as I have been - by the many ways you can achieve success.