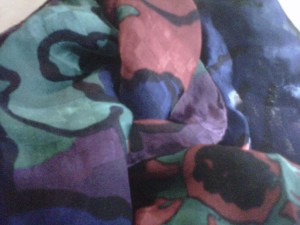 As the Friend Grief series comes to a close, I started feeling a little pensive. It’s been a remarkable journey I could have never predicted, much less planned. So I wanted to share some of what I’ve learned, one thing for each book from last to first:

Friend Grief in the Workplace: More Than an Empty Cubicle. As companies begin to consider pet bereavement leave for their employees, most still have no policy for people who want paid time off when a friend dies. Hmmm….maybe that should change?

Friend Grief and the Military: Band of Friends. I had never heard of ‘moral injury’ until I wrote this book. It’s a subject that needs much more attention, because it’s a much bigger challenge than PTSD.

Friend Grief and 9/11: The Forgotten Mourners. The more things change, the more they stay the same. Non-family members have been traditionally shut out of the official observances at Ground Zero in NYC. In the past year or two, survivors are finally being included. But other friends and colleagues are still not included – nor can they watch or hear – the naming ceremony. I know. I tried.

Friend Grief and AIDS: Thirty Years of Burying Our Friends. I couldn’t stay away from the AIDS community after I wrote this book. I was back in, though not as a fundraiser this time, but in some ways much more effective. Without this book, I could not begin to consider writing Fag Hags, Divas and Moms: The Legacy of Straight Women in the AIDS Community.

Friend Grief and Anger: When Your Friend Dies and No One Gives a Damn. Sometimes this book makes me cringe because it’s not as well-written as I would’ve liked. But it kept the promise I made to my friend, Delle Chatman, almost seven years earlier: to write a book about people grieving their friends.

Delle, like a few others in my life, saw something in me that I could not see. Something I still don’t see very often. But I didn’t want to disappoint her, even after she died, not that she would let me. Now and then I could hear her voice, clearly exasperated: “If you’d write the damn book you wouldn’t have to worry about that.”

Once the first book came out, I stopped hearing from her in that particular way. But she’s still with me: the postcard she sent me from Paris that sits on my desk, the books she wrote that I cherish, the scarf I carry when I need courage.

At the party after her memorial service, goodie bags were available: blue paper bags with a photo of Delle on the outside and one of her signature scarves inside. I remember standing over the table of bags considering my choice. That’s it in the photo at the top of this page. Almost ten years later, it’s beginning to fray a bit, but I don’t care. I wear it or tie it to my bag when I have an important interview or meeting, when I attend writing conferences, when I just need to hang onto her.

“You gotta have friends,” as Bette Midler sang long ago. Without them – especially without Delle’s inspiration – I wouldn’t be where I am today.
Prev Next