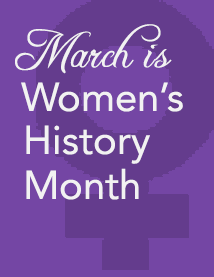 It’s no secret that I’m writing another book. What began as a nagging thought turned into an idea that has taken on a life of its own. Fag Hags, Divas and Moms: The Legacy of Straight Women in the AIDS Community overwhelms me occasionally – if you define ‘occasionally’ as ‘at least once a day’.

I’ve always felt these were stories that needed to be told: how straight women around the world have been an important part of the AIDS community since the beginning of the epidemic. But a random comment from a colleague a few weeks ago opened my eyes to something much bigger.

I was telling her about the book and she said “It’s like Hidden Figures.” I wasn’t sure how to respond. I loved the movie about the African-American mathematicians who helped build NASA in the 1960’s, whose stories are only now being told because women were erased from official histories of the space program. I could never compare my book to that.

Like many things, including the idea for the book, it was something that I couldn’t get out of my head. I’d been thinking in terms of the AIDS community, but now it seemed the book might have a wider audience.

So while I was working on the book proposal, I decided to check some books on late 20th century women’s history (that sounds so long ago, doesn’t it?). I started with one that was described as “definitive”. Almost 300 pages long, it included one paragraph about AIDS. What it described was an important moment for women: the official definition of AIDS did not include the unique ways the virus presents itself in women. Because of that, women were not properly diagnosed or treated and were denied disability benefits.

But the paragraph failed to mention how that changed and who did the hard work: the women of ACT UP. It did not even include the battle cry of that fight: "Women don't get AIDS. They just die from it."  It took several years, but the definition of AIDS was finally changed. No one reading that paragraph would know who deserved the credit.

That’s when I realized that my book is about a movement in women’s history that has been ignored.

I found myself grateful for my broken hand, the one that put me a full two months behind on the book. That enforced break from my work also meant that my proposal is late going out to the agents who requested it. Now the marketing section is very different than it was a few weeks ago. But I realized I was already on the right path.

Last March for Women’s History Month I turned over my blog to four straight women in the AIDS community: Nancy Duncan, Eileen Dreyer, Andrea Johnson and Rosa E. Martinez-Colon. Their stories are all different, but they share one passion: to support those who carry the virus and work to end the epidemic.

This year you’ll hear from a different group of women. The stories are as unique and inspiring as the women themselves. I can’t wait to share them with you.

I wish my book could honor all the women I’m researching and interviewing, but it can’t. Each woman who makes it into the book will be representative of hundreds of others. But I have a few ideas on how to recognize these women beyond the book itself.

Don’t miss these Women’s History Month posts and news about the book! Sign up for my newsletter in the upper right hand corner of this page.