Giving a Eulogy for a Friend 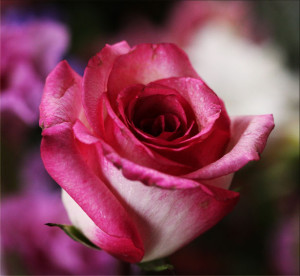 In the final book in my series – Friend Grief and Men: Defying Stereotypes – you’ll meet a man who gave the eulogy for his best friend. Neither man was old. In fact, both were 29. It wasn’t a task anyone expects to be given at that age.

I’m quite a bit older than that but it’s been a while since I spoke at a funeral or memorial service: almost eleven years. So I didn’t expect to be asked to speak at the memorial for my writing group leader, Jo Stewart. I’d already written about her here, a post that her daughter shared on Facebook. That was that, I thought. Then I got the email inviting me to speak. We agreed that I would read that post.

On my way to the service, I picked up one of the other women in the group, Alice. She’s 91 and doesn’t drive much, so she appreciated the ride on a very cold day. We were the only ones from that original group, though several from the second writing group were in attendance (two of them spoke briefly).

As I sat in the crowded funeral parlor listening to friends and family members reminisce about Jo, I read over my blog post one last time. I’m used to speaking in public, using a microphone and podium, so I wasn’t nervous. But when I got to the end of the post, I realized there was no way I could get through the whole thing without tearing up.

It wasn’t until I sat down to write my little tribute to Jo that I realized just how much she meant to me. I’d been thinking about her importance for ten days and now I wasn’t sure speaking in public about it was a smart idea.

Eventually, it was my turn. I walked up to the front and stood on the step stool behind the podium. I looked out at Jo’s large extended family and the friends she touched in many ways. I adjusted the microphone and said “My name is Viki Noe and because of Jo I can say, ‘I’m a writer’.”

If you’ve read the post, you know it’s not long. I actually felt relaxed until I got to the last three sentences. As I started to read those final lines I could hear my voice tremble, then crack. My eyes began to fill with tears, but I was able to hold them back.

I didn’t speak to anyone afterwards, other than Alice, of course. When we reached her retirement community she asked if I’d like to come to dinner sometime (“lunch is fine but dinner is better”). I said I’d love to, and I would.

As I drove home I thought about my eulogy for Jo. Maybe keeping in close touch with Alice is also part of that eulogy.

Thanks again, Jo. You are missed.
Prev Next