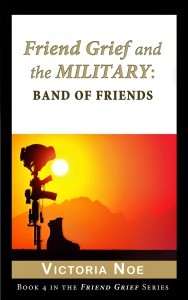 When I was writing Friend Grief and the Military: Band of Friends, I was struck by the stories of grief and survivor guilt. Though many of the stories came from those doing the actual fighting, there were also those that came from non-combatants: war correspondents, medics, chaplains, nurses, even a little drummer boy.

As I read them, I couldn’t help feeling a sense of déjà vu. It wasn’t that I’d necessarily heard these stories before, but rather stories that were very similar. Only after several weeks did it become obvious to me: not all those who experience war faced an enemy armed with guns and bombs. Some faced off against a virus.

Activist/author Larry Kramer referred to AIDS as a plague. It was never, as I’ve written many times, just a virus. There were social and political complications that those faced with other medical crises never had to consider.

So it seems to me that it’s entirely reasonable to consider those who fight the AIDS epidemic to be warriors.

Yeah, I know, they don’t seem to be two groups with very much in common. Soldiers are mostly straight, mostly volunteers. Those fighting AIDS are mostly gay, mostly drafted to the cause. But here are some things to consider: 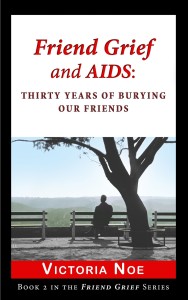 Imagine if we’d been at war in Iraq or Vietnam or Afghanistan for over 30 years without a cease-fire. Think of the fallout, not just in terms of human life, but mental and emotional health. That’s what the AIDS epidemic is like.

There are even those who belong to both groups. Some came home from one war to a hero’s welcome, only to suffer from neglect or indifference in the other war.

Two very different groups of (mostly) men who, on the surface, have nothing in common. But who are more alike than anyone could ever imagine.

I wonder what it would take to get them together?