Memorial Day for the Friends Left Behind 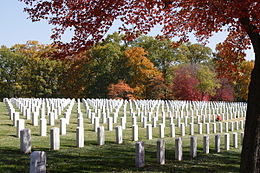 The first funeral I ever went to for someone close to my age was 50 years ago this summer (and no, I can’t believe it’s been that long).

I grew up with Marianne and Ernie. Marianne was my senior big sister when I was freshman in high school. Ernie, her older brother, was studying to be a priest. I don’t remember why he left the seminary but after a year of teaching high school, he was drafted. A week after he arrived in Vietnam, he was reported missing. I remember arguing at my 16th birthday sleepover that surely he would be found alive, but that didn’t happen. A month later, his body was found.

Ernie was the first guy in our parish to die in the war, though sadly, not the last. He was a good-looking Italian, who as I recall, was kind to everyone.

Our parish church was tiny, so if you sat in the back under the choir loft it felt positively claustrophobic. That’s where I sat, on the center aisle, for Ernie’s funeral. You have to remember that by late summer of 1968, we’d already endured the escalation of the war, the riots at the Democratic convention in Chicago and two assassinations. It felt like the world was spinning out of control. This funeral wasn’t a front page headline, but it added to the feeling that the world was coming to an end.

I remember what I wore, but I don’t remember my parents being with me at the funeral. It’s possible they were at work. It’s also possible that they were sitting next to me. Like I said, I was 16 and I’d never been to a funeral of anyone that close to my age.

What I remember most clearly is the procession up the aisle next to me: the devastation on the faces of the parents, my girlfriend’s tears, and the casket, which stopped next to me. Ernie was there in the casket, under the flag, right next to me. And I wanted to scream.

I think of Ernie now and then on Memorial Day, his life cut short like so many others. And I know I’m not alone. Many of you reading this also remember a friend who died in service to their country. So do those who served with them. 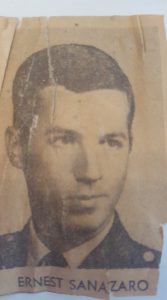 If you ask any veteran, any age, they will tell you about the friends they could not save. They will speak of them as young and energetic and very much alive, even if it’s been decades since they died. The photos of men and women in combat, and the formal portraits of them in their dress uniforms, are how we remember them.

I don’t think of Ernie in his uniform. I think of him in the choir loft playing the organ for a weekday funeral. I was still in grade school, among the lucky few girls excused from class to sing. He was kind and patient, and his absence is still felt.

That’s what Memorial Day is about: remembering. Honoring the memory of those who gave their lives for us. Maybe you have someone special to remember this Memorial Day. But even if you don’t, take a minute to pause during your holiday and remember the reason you have the day off. They deserve at least that much.

Friend Grief and the Military: Band of Friends is available in paperback and ebook from Amazon, Barnes & Noble, IndieBound, Kobo and iTunes. For Memorial Day and every day, 25% of the purchase price benefits Military Outreach USA.