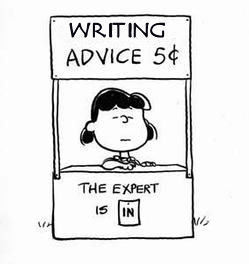 She's the expert. Not me.[/caption]

A few years ago I wrote a nonfiction book proposal to submit to agents. That when I assumed I would go the traditional route. That didn't happen.

Now that I've self-published six books (the Friend Grief series), I'm hard at work on the research for a bigger, more complicated book. Fag Hags, Divas and Moms: The Legacy of Straight Women in the AIDS Community examines the contributions they made around the world for the past 35 years.

I’m assuming that this will be self-published as well. I have an ongoing crowdfunding campaign through the New York Foundation for the Arts which grants tax-deductions for all contributions. There’s a lot of expense related to the research – travel, photocopies, permissions, etc. – so the money is not wasted.

I recently ran into an agent I approached last summer about the idea for this book (that’s all it was at that point). He gave me valuable advice, which is guiding me now. He’s still interested in the book, so I’ll pitch him at a conference in August. It doesn’t necessarily mean I’m interested in traditional publishing, but I’m at a point where I could benefit from having an agent.

I decided to sit down and write a formal book proposal. Because the truth is, indie authors can benefit from doing so. All of these are things every author needs to consider, whether they are indie authors or are traditionally published. I won’t lie: it’s a lot of work. And when you’re already writing a book and living a life, the last thing you need is more work to do. But it’s worth it. It’s so worth it. Because no matter where you are in the process, it will result in a better book - one that you'll be able to easily sell.

Here are some resources for crafting a nonfiction book proposal:

Start Here: How to Write a Book Proposal - Jane Friedman

Publish Your Nonfiction Book: Strategies for Learning the Industry, Selling Your Book and Building a Successful Career - Sharlene Martin

The Nonfiction Book Proposal Demystified: An Easy-Schmeasy Guide to Writing A Business Plan for Your Book -Nina Amir
Prev Next