Spending Time with Friends After They Die 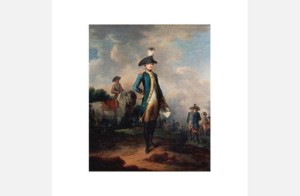 I've lost a couple friends who occasionally make their presence known. Pierre died last year, at the age of 89.

In late May, I was excited to be in New York for Book Expo America because it meant I could see the fabulous Hirschfeld Century exhibit on the life and work of Al Hirschfeld at the New-York Historical Society. N-YHS has become one of my favorite places to explore since I did some research there for Friend Grief in the Military: Band of Friends.

Pierre was obsessed with the life of the Marie Joseph Paul Ives Roch Gilbert du Motier de Lafayette, the boy general who, at 19, arrived from France to fight alongside George Washington in the Revolutionary War. Every time Lafayette came up in conversation (and with Pierre, it was “when” not “if”) his first comment was always “He was only 19!”

Although I'd often seen the portrait of Lafayette on display in the lobby of N-YHS, I stopped cold when I walked in that day to discover that a new exhibit about him was about to open. I could see a little past the room dividers and struck up a conversation with the docent standing guard. It was while he was talking that I swear I saw Pierre out of the corner of my eye.

He was standing a little to my left, with a clear view of several paintings hung higher than the dividers. I knew it was him: dressed in a pastel blue cashmere turtleneck, windbreaker, dark brown corduroys and slip-on shoes. He stood relaxed but focused, hands in his pockets, nodding approvingly.

I told the docent I’d be back in two days.

It’s a small exhibit (apparently there was a large one a few years ago), tucked away just off the main lobby. Only a few people were there, all of us taking our time reading Lafayette’s letters, surveying the maps and examining the artifacts. This time I didn’t see Pierre, but he was there. I was reading the curator’s description of a battle, I think, and thought to myself “I didn’t know that.” Immediately, I could hear his shocked voice demand, “What do you mean you didn’t know that?”

I can still watch him on reruns of Combat or re-read the letters and stories he sent me. Seeing his handwriting or watching him on TV often makes me sad that his long and fascinating life was too short for those around him.

This is different. When I feel his presence I never feel sad. I feel the way I felt strolling through Westwood, or sitting on his front porch: just two friends spending time together.

I don't hear from all my friends who have died, though I've heard plenty from Delle. Maybe I just haven't been in the right place at the right time. But I'm not worried or scared or sad at the prospect. I look forward to spending time with them again.

(And no, that hyphen between 'New' and 'York' is not a typo. It's correct, oddly enough.)
Prev Next