The Next Stage for My Next Book 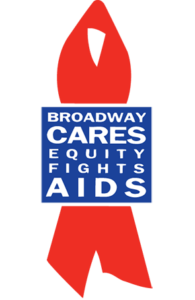 I'll be there this week interviewing women for the book.[/caption]

I’m back…in New York, that is. The last couple trips here I was doing research for my next book, Fag Hags, Divas and Moms: The Legacy of Straight Women in the AIDS Community. I’m on a first-name basis with the research librarians at the New York Public Library (5th Avenue and Lincoln Center). They’ve been a great help to me: “That tape is out for digitization, but I took the liberty of pulling the transcript for you.”

This trip marks the next stage for the book. I’m not done with the research; not by a long shot. But between previous visits here, research online and at the U of Chicago library as well as a stack of over 30 books on the epidemic, I’m in a good place for this point in the process.

I had to come to terms with the fact that I can’t interview every straight woman who has ever worked in the AIDS community during the thirty-five years of the epidemic. It seems obvious, but the deeper I got into the research, the more I was struck by the idea. Frankly, it discouraged me. But, I can only do what I can do. I’m determined that this book will be a fair and accurate representation of straight women around the world who have made a difference.

Even more so than with my Friend Grief series, I’ve been forced to abandon my natural inclination to go it alone and ask for help. So far, the results have been humbling.

Within five minutes of putting out a call last fall on Facebook, I started receiving emails and private messages offering names of women to contact and archives to access. Many of those offers came from people I’d never met but were part of a group I was in online. The help continued a few months later when I ran a small crowdfunding campaign that helped me attend AIDSWatch in Washington, DC.

The book proposal five agents requested in August when I pitched them at Writers Digest Conference is almost done. One section remains, and I’ll tackle that when I get home from this trip. I’m committed to this book, daunting though it is, so I’ll self-publish again if that’s the best way. The book is happening, no matter how it’s published.

That brings me to this next stage; interviewing. Some of the women I’ll be interviewing on Skype or by email. But many are in cities that are easy for me to visit, which brings me here this week and next. The downside to self-publishing is self-funding, and though I’m a very efficient traveler, there are expenses involved.

Today I launched a new crowdfunding campaign on Indiegogo. My goal is to raise money for my January trip to conduct research and interview women in Philadelphia, Baltimore, Washington, DC and Atlanta. There are lots of perks, including a tax deduction for your support, thanks to my partnership with the New York Foundation for the Arts.

I told someone recently that this book overwhelms me about every other day. That was inaccurate: it overwhelms me every day. What started out five years ago as a brief reflection on my time as a fundraiser in the early days of the epidemic has brought me to a project that is bigger, more complicated and more important than I could have ever anticipated. Because what I found out along the way, is that not only is this book addressing a gap in the literature of the AIDS epidemic, it’s also a gap in women’s history.

I’m proud to say that this book is not about me: it’s about other straight women whose contributions to the epidemic – as researchers, nurses, doctors, social workers, fundraisers, activists, coworkers, volunteers, family and friends – have never been acknowledged. It’s time. It’s way past time.

So I invite you to visit my Indiegogo campaign. There are many ways to help, not all requiring financial support. I hope you’ll help me take this project closer to reality.

Because it’s time.
Prev Next