The Ripples of Our Audience 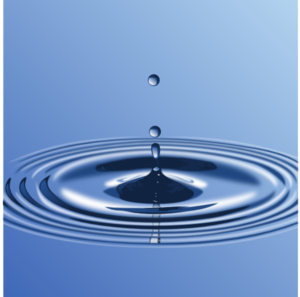 Writers are always aware that we have an audience, and not just when we’re writing.

We all - no matter how we publish - create marketing plans. Often, when asked who our audience is, insist it’s ‘everyone’. But that’s not realistic or workable as a plan.

We debate the effectiveness of Facebook ads vs. newsletter offers, Amazon promotions vs. Goodreads giveaways. We have at least a pretty good idea of who our audience is: gender, age, geographic location, interests. But sometimes we can still be surprised.

I was in Boston earlier this month, speaking at The Muse and the Marketplace writing conference. It was a cold, dreary, rain-soaked weekend outside the Park Plaza Hotel, but energetic and stimulating inside.

Towards the end of the conference, I was sitting with a group of writers, sharing details about what we’re working on. I shared a bit about my current project (Fag Hags, Divas and Moms: The Legacy of Straight Women in the AIDS Community) and that I was giving a presentation at Mt. Sinai Hospital on the 22nd. The topic was moral injury in long-term survivors in the HIV community, something that has interested me a lot in the past couple of years.

A man near my age sat directly across the table from me. His interest appeared to be more than polite, and he asked me how moral injury presents itself in that group. I explained the various signs: survivor guilt, delayed/unresolved grief, isolation, loneliness, suicide. I told him the story of Spencer Cox, one of the men featured in How to Survive a Plague, who stopped taking his antiretroviral meds and died in late 2012. His death wound up being a catalyst for serious work in recognizing and addressing the needs of the long-term survivor community.

As I talked, his face hardened and he seemed to struggle for control. When I finished my explanation, he looked me in the eye, with a level of pain out of place during lunch in a hotel ballroom. He said he had a friend who’d died recently, a man who had AIDS for a long time.

“He was fine. He was on medication and he was fine. But he stopped taking his meds and he died. He died. And I don’t understand it.”

That man has been on my mind since then. I told this story during my presentation on Monday, to highlight the guilt and bewilderment felt by those left behind. Those of us who are HIV-negative but witnessed the plague years up close are also long-term survivors. And while we don’t have the same physical challenges as those who have lived with the virus for decades, the emotional toll is very similar. We watched our friends die horrific deaths for years before there were effective treatments. And now...now our friends who survived are experiencing a new kind of crisis.

That man - and others like him - were not the original focus of my talk, a presentation I hope to offer again and again. They’re not even the focus of my previous book (Friend Grief and AIDS: Thirty Years of Burying Our Friends). But he proved to me that there is another audience out there.

I did my best to explain to him that day that it wasn’t his fault. That even deep within the HIV/AIDS community, not everyone understands the unique challenges of HIV-positive long-term survivors. For someone outside that community, the shock and frustration must be even greater. I hope, at least for a moment, that I helped.

That conversation has stayed with me. It’s made me more committed than ever to explore and write about the challenges of HIV-negative long-term survivors.  And it’s also made me think about the ripple effect of what we write. That man did not fit my target audience demographics. In fact, he was probably a third ring in that ripple. But he and his pain have changed the way I look at those ripples.

We’ve all had experiences where someone came into our lives, or a song popped up, or a news report played. All unexpected, all unrelated to what we were doing at the time. But they were information, inspiration, answers that changed our lives, or at least our attitudes.