The Soundtrack of My Writing 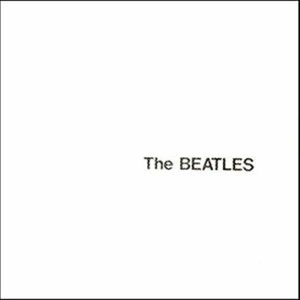 I’m almost ten years out from my concussion. It was the first one documented, though it’s very likely it was the second. Over the years I’ve learned how to control the side effects so they don’t overwhelm me. Silence is my default remedy.

Well, not total silence. When I work at home, I’m usually sitting at the dining room table, which at the moment is covered with research, drafts and notes. Our house is on an alley, across from an auto body shop. As you can imagine, total silence is rare. I hear cars going too fast until they hit the speed bump, garbage trucks emptying bins, the ‘beep’ of trucks backing up. But when you live in a city, you learn to tune those out.

Sometimes I work in libraries, which are quiet but not silent. And I’m not alone, which is a different kind of distraction, especially if you enjoy people-watching.

I recently was reminded that I used to write while listening to music. Those who write historical fiction often share their playlists, which help immerse them in the time period. When I was writing my first book about AIDS (Friend Grief and AIDS: Thirty Years of Burying Our Friends) it was music that often filled my head. The late 80s were full of not only Madonna, but Donna Summer and Prince; Whitney Houston and Queen; Cyndi Lauper and Wham! and Michael Jackson. Tina Turner’s “What’s Love Got to Do With It?” immediately takes me back to the dance floor at Roscoe’s, a gay bar in Chicago, where I used to host fundraising events.

But with my current book, there has been no such soundtrack. Those songs are still in my head, but they haven’t guided me, at least not since I wrote the opening chapter. What’s left is the music that always helped me focus in the beginning.

I’ve been a Beatles fan since 1963, before they appeared on Ed Sullivan, 55 years ago this week. My first concert was their performance at Busch Stadium in St. Louis in 1966. My daughter’s first concert was Paul McCartney. Each album, each song, has a particular meaning to me, but it is this one, a double album, that guides my writing.

I can’t listen to Sgt. Pepper when I’m writing anymore than I can listen to Broadway cast albums: I want to get up and dance. This one doesn’t inspire dancing. It reminds me, always, of gatherings at the ‘brown house’ on the campus of Webster College (now Webster University) when I was in their theatre conservatory. It reminds me of sitting on the floor with my classmates and friends, singing along to every cut on this album. No one danced. We just listened and sang and ate and drank.

Maybe it’s that memory that inspires me: the comfort of a place and time when I was just finding my way in the world and everything seemed possible.

Lately I’ve been overwhelmed by a to-do list filled with challenging tasks: making sure all the permissions have been granted, compiling the index, fleshing out my marketing plan, sending the manuscript to a formatter, choosing a cover design. As you can see, I need to be focused and clear-headed for what’s ahead. So it was good timing to be reminded of what The White Album means to me.

Maybe you have a particular kind of music you listen to while you work, music that reminds you of people and places that you love. Whatever it is, keep it close. Put those songs on an endless loop and sink into the memories. I think I’ll start with Martha My Dear.
Prev Next