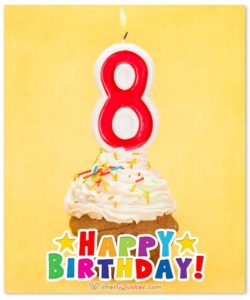 Thanks to that sometimes annoying, sometimes entertaining feature, I was reminded that my first blog post was eight years ago today.

I’d just returned from my first writing conference in New York. I’d spent a little over a year starting the research for what would become the Friend Grief series. I was in a writing group that was helping me observe and listen and be a better writer. But I’d never been to a writing conference before.

My only social media experience was a couple years on Facebook, and that was pretty much 100% social. Pre-conference, we’d been asked to life-tweet during our sessions. Tweet? You mean on Twitter? Yikes. On the way there, I signed up for Twitter, and while at Writers Digest Conference, I made my first tentative forays into the Twitterverse. It was nicer then: not nearly so mean, so reactionary, so depressing. It wasn’t as engaging as Facebook, but it wasn’t as bad as I’d feared.

One of the things I heard over and over again at the conference was that authors needed to blog. It would be an understatement to say that I was clueless about blogging. But after a weekend of soaking up as much as I could, I returned to Chicago determined to start that blog.

I set up on Blogger, rather than Wordpress, though I don't remember why. But once I did that, I was faced with a blank page. What to write?

I was trying to grow a presence as an expert on a particular kind of grief: the kind you experience when a friend dies. It’s different than losing a parent or a sibling or a spouse. At that time, if you Googled “death of a friend”, you’d find more entries for losing a pet than a human friend. So my first blog post was about that, with the working title for what I assumed would be only one book: “It’s Not Like Like They’re Family”.

Over the years, I believe I achieved what I set out to do. That book turned out to be a series of six small books. I spoke at conferences and libraries, appeared on the radio, guested on other blogs and podcasts. I wrote freelance articles, and hosted some terrific people with stories to tell about the friend they grieved. My posts were mostly about friend grief but eventually branched out: to the writing process, the publishing industry and to my next book.

I’ve changed my blogging calendar many times, to accommodate special circumstances (a broken writing hand, my mother’s death) and to better serve my readers. My social media presence now include Instagram and Pinterest, as well separate Facebook pages for my writing and the next book.

But it’s the blog that made me really take writing seriously. It forced me to put myself out there on a regular basis, even while I worked on my books. The discipline has been good for me. And while practice doesn’t always make perfect, it does make things better.

So happy birthday to me, or more accurately, this blog. I hope we’re both around for a long time.