When a Coworker Dies 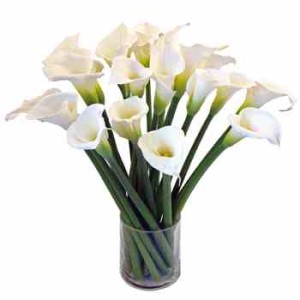 Where do you work? In an office? A store? A theatre?

Every workplace has its own culture, its own personality. Some have open floor plans, others a hive of cubicles and offices with closed doors. Some have strict dress codes or time clocks to punch. Others thrive on creative chaos.

But every one of them faces the possibility of a crisis when an employee dies.

How people grieve is individual and personal, so it’s to be expected that there can be conflict when a group of people in a work environment have to deal with a coworker’s death. Every workplace seems to have a few specific personalities.

The Social Director: They organize theme lunches and after-work gatherings. They decorate the office for holidays and make sure birthdays are always celebrated.

The Brownie: They are all-work, no play. You want to play? Do it somewhere else. They never, ever make personal phone calls on company time.

The Team Builder: They’re always suggesting group activities. They can be annoyingly cheerful.

The Spy: They know everything that’s going on with everyone at all times. They probably report to the boss, though no one can confirm that because they cover their tracks so well.

Now imagine that someone at work has died.

The Social Director immediately turns the employee’s work station into a shrine.

The Brownie insists that everyone keep their focus where it belongs: on their jobs.

The Team Builder organizes a workplace memorial service, passes around the condolence card with a pitch for a donation to the family.

The Spy tries to figure out who’s going to replace the deceased employee.

If these activities seem a bit at odds, you’re right. Everyone is going to react differently. Some will try to concentrate on work. Others will be unable to do so. Some will worry about who’s going to replace their deceased coworker. Others will hope they take over that job.

Many of us have friends at work, and a lot of those friendships last longer than the jobs. We spend most of our waking hours with them, so why wouldn’t we grieve when they die?

Just like when a family member dies, there can be conflicts in the workplace. I don’t think they’re all avoidable, because grief is just too individual to regulate.

But setting a policy – just like writing a will – can ease the chaos that often ensues when a coworker dies.

Check with your HR department or your boss. It’s not an easy conversation so most people avoid it. But as you learned in the stories in Friend Grief in the Workplace: More Than an Empty Cubicle, planning ahead can make all the difference in the world.

And it will give that office spy a lot less to do.