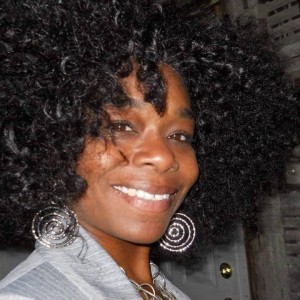 My final guest blogger for Women’s History Month is Andrea Johnson. As is often the case, we’ve never met IRL (in real life) but our paths have crossed. She found out she was HIV positive in 2007, when she was tested after learning of her ex-husband’s affair. Isolated and depressed, she made the decision to devote her life to reaching out to women most at risk or living with HIV. You will not find a more passionate advocate.

“How do I LOVE a woman living with HIV without acquiring HIV?”

It’s a question I get all too often from men that are HIV negative that find out a woman he may be interested in is HIV positive, or in better terms, is living with HIV.

HIV is the virus that causes AIDS. You cannot get AIDS or full blown AIDS. In order for a person to evolve into an AIDS status, they would have had to have acquired HIV first and may not have known their status, because they may have never been tested or treated for HIV.

In addition, a person living with HIV can now reach an undetectable viral load (obtained when a person living with HIV takes their medication(s) properly and their viral load becomes so low or non-existent, that the virus becomes undetected in their system). This gives their HIV negative partner about a 0% chance of acquiring HIVeven if the condom broke during sex. Also, with the long overdue PrEP (Pre-Exposure Prophylaxis) medication, which is one of the big scientific buzzes, at present, in protection against acquiring HIV, persons in mixed-status (or sero-discordant, meaning one partner is HIV+ and the other is HIV-) relationships, that have open, honest and compassionate communication, have reported that the fear of contracting HIV is almost non-existent. Key words: “HONEST COMMUNICATION".

So, how do you love a woman living with HIV without acquiring HIV? Have you been reading? I spelled it out for you in the previous paragraph!

A woman living with HIV is a person. She is beautiful, she is awesome, she is all that and then some. Her health condition is one that is manageable and in many cases, kept in check to not transfer the virus to her partner.

Unfortunately, the stigmas that are associated with HIV can make a woman living with HIV feel a range of emotions about her desirability, and some women may compromise too much or over-conform to her partner's notions of how the relationship is meant to look.

You love your woman who is living with HIV by being aware of the potential for these feelings and inviting communication about them or about the potential for them to arise. You educate yourself, you ask questions, you go to the doctor with your woman, you get tested during your routine doctor visits to know your status. You know your options, you know your choices, but most importantly, you know your heart. If you know the woman you are interested in is living with HIV, respect her and know that she is open and honest with you.

The question now is, “How do YOU make a woman living with HIV happy?”

I fell in love with someone that had a question like this a couple years after I acquired HIV. I was still trying to figure out the answer to the question myself, and had I known then what I know now, the man I fell deeply in love with most likely would have been a beautiful part of my life today. 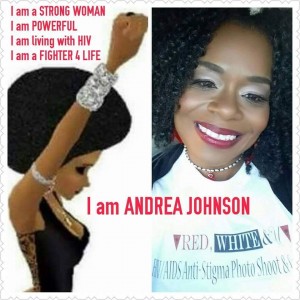 Andrea Johnson, is the Founder of GIRL U CAN DO IT, INC. aka GUCDII, a non-profit community based organization that provides comprehensive health and awareness education and prevention services for disadvantaged youths, young adults and families. She is the host of a social justice radio show called Real R.A.P.P., and more recently, she is the only Black Woman living with HIV to target major magazines, talk shows and newspapers with her HIV anti-stigma campaign called RED, WHITE & U HIV Anti-Stigma Photo Shoot and Campaign, which highlights women living with HIV or AIDS. Additionally, she is the newest Board Member to the University of Pennsylvania’s Mental Health AIDS Research Center (PMHARC) and works full time in corporate America.

Andrea’s helping spirit has inspired others living with HIV to want to live and dream about their own personal growth and success for their lives. She has received numerous community and dignitary honors and awards and remains humble and chooses to continue to work on ground zero where she sees that she can be the most help in helping to end epidemics that continues to plague our communities.

Her biggest personal accomplishments to date are the births of her children and her grandson. She is a returning college student after a 23 year hiatus to finally fulfill her dream of becoming a human rights attorney to further help in defending the rights of those that cannot defend themselves against injustices within our global society.

To learn more about my book – Fag Hags, Divas and Moms: The Legacy of Straight Women in the AIDS Community – and how to support it, check out its page. Support the project during Women’s History Month with a donation of $25 and receive the e-book version of the book when it comes out in 2017.
Prev Next