Words to Live By from Steve Jobs 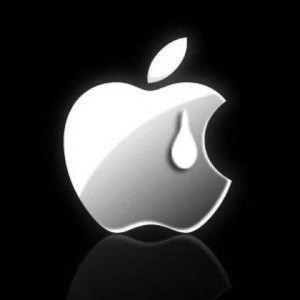 Steve Jobs, the Apple visionary who changed the world, lost his battle to pancreatic cancer on Wednesday.
Although Jobs was known as not always the nicest person to work with, his impact on our lives cannot be overstated.
By now, you may have seen the video of his 2005 commencement speech at Stanford University. He’d been diagnosed the year before, and had successful surgery. He was in remission. But a near-death experience had an effect, even on this impossibly driven CEO.
“No one wants to die. Even people who want to go to heaven don’t want to die to get there. And yet death is the destination we all share. No one has ever escaped it. And that is as it should be, because Death is very likely the single best invention of Life. It is Life’s change agent. It clears out the old to make way for the new. Right now the new is you, but someday not too long from now, you will gradually become the old and be cleared away. Sorry to be so dramatic, but it is quite true.

Your time is limited, so don’t waste it living someone else’s life. Don’t be trapped by dogma — which is living with the results of other people’s thinking. Don’t let the noise of others’ opinions drown out your own inner voice. And most important, have the courage to follow your heart and intuition. They somehow already know what you truly want to become. Everything else is secondary.”

When our friends die, it’s a kick in the gut, especially when they’re our age. Our mortality is front and center, and we can’t ignore it. It’s not surprising, then, that many people take a good hard look at their lives: their work, their passions, their relationships. And it’s also not surprising that the death of a friend can be a catalyst for some pretty major life changes.

And though Steve Jobs may not have been a friend of yours, his words resonate. So, while you’re thanking him for your iPod or iPhone or any of the other countless ways he’s changed our lives, it’s worthwhile to consider these words from him:

“Life is brief and then you die, you know? And we’ve all chosen to do this with our lives. So it better be damn good. It better be worth it.”