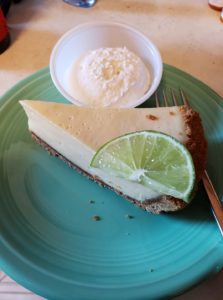 The beginning of a new year finds most of us clutching to lists of things we hope to accomplish in the next twelve months. For writers, that can mean finishing a book, signing with an agent, or just perfecting their craft.

I have a friend who’s writing a memoir right now. Actually, I have several friends who are writing memoirs, but this one is doing something a bit extreme. Always involved on social media, he’s taking a four month break to finish the first draft of his memoir. No gradual withdrawal, no plans for regular check-ins with friends and followers. No social media until May 1st. None.

Well, I admire him for his commitment. He’s been working on the memoir most of the year, a year that began with his father’s death. I’m sure it has been both a welcome distraction and a cathartic experience.

If he breaks that self-imposed exile, none of us will be upset. We’ll be glad to see those posts and tweets. But if he doesn’t, if his silence greets us every day, we won’t be upset either.

I spent the better part of six weeks last summer working on my own book, 900 miles away from home, apartment sitting for a friend. I kept up on social media but watched no TV. I spent time with only a handful of friends. I rarely went out, except to the library or the Barnes & Noble cafe, or my favorite tea parlor to work on the book. If I found myself unable to focus, I’d go to a museum or get on a bus and ride around Manhattan until my head cleared. I’m not going to lie: it was lonely at times. I knew I could pick up the phone and see a friend if I wanted to. But the book was my priority.

The holidays were hard, the first ones since my mother died. I worked when I could, but I didn’t push myself. The day after New Year’s I woke up feeling oddly energized. Maybe it was just the realization that I’d made it through the holidays. Whatever the reason, I accomplished a lot. It helped that almost everyone I needed to contact was back to work, too. Progress, as my friend Kathy would say, not perfection.

Most people are too hard on themselves. They set worthy goals but without a realistic plan, so they get frustrated and crabby. They abandon the resolutions they made for the year before the first week of January is over.

I imagine those people would explain that ‘life’ got in the way. They were overwhelmed with work or taking care of those around them. Maybe their car broke down or their computer simply stopped working. No one would fault them for giving up.

But what if you could work and take care of others and still achieve your goals? What if you were able to make time for what’s really important to you - not just the first few days of January, but all year long?

I think my friend has the right idea: eliminate distractions as much as possible. Go cold turkey or ease off, whichever you prefer. Set a timer for being on Facebook or Twitter or Instagram and stick to it. Designate blocks of time when you can focus on your goals, even if you can only manage 15 minute increments. Starting small is okay because it all adds up. It all counts.

As I powered through my productive day, I promised myself a slice of key lime pie as a reward. I’d have to wait until the following day, but that didn’t matter. What mattered was checking off tasks until I reached a point where I felt I deserved a little celebration.

Whatever your goals are, whatever your project, know that you have it in you to succeed. Develop the self-discipline you need and soon you’ll be setting bigger goals with bigger rewards. Maybe even two slices of pie.