The Joys of Binge-Reading 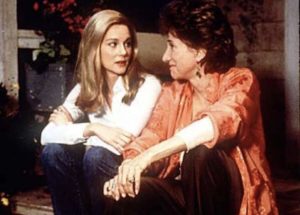 Several years ago I found myself in Brooklyn, at Armistead Maupin’s signing for the final book in the Tales of the City series, The Days of Anna Madrigal. I had fond memories of the mini-series on PBS, of the colorful characters who lived in Barbary Lane in pre-AIDS San Francisco, and had read most of the books. I was there to experience Maupin in person, and the unexpected thrill of seeing Laura Linney, who played Mary Ann Singleton, in the audience was a bonus. But I put the book aside. I knew I’d have to refresh my memory before digging into it. Sometime later I decided that my reward for writing my next book would be binge-reading the entire Tales of the City series. What better way to relax than with old friends in well-loved books?

But last summer, deep in the third draft of my book, I realized I needed to add a chapter on fictional women.  Throughout the AIDS epidemic, movies, soap operas and novels have educated and enlightened the public through stories that were entertaining, if sometimes melodramatic. And I knew that Mary Ann Singleton had to be included. She represented straight women whose lives were full of gay men, lives that changed forever when the virus took many of them.

I already owned some of the Tales books, but I ordered the rest from the library. And over the course of about ten days, I binge-read all nine. Unlike my previous experiences binge reading, this one touched me deeply.

Certainly the subject matter was a factor. I read the first few books with the joy of rediscovering beloved friends in the 1970s, mixed with the sadness of knowing what horrors awaited them in the 1980s. I fell in love again with every character, even the annoying ones, as they aged and found ways to surprise me. Places and events triggered ‘I remember that’ moments: earthquakes, closing the bathhouses, the Jim Jones cult, the terror of waiting two weeks for the results of an HIV test. Maupin does what all great writers do: he creates a world you wish was your own.

Maybe it’s the wisdom of time and distance, but what had been merely entertaining the first time I read them now changed. I could see clearly that everyone in Maupin’s series was on the same journey, the one we all take, in search of love.

I’ve binge-read other series: Dorothy Sayers' Lord Peter Wimsey stories were the first, I believe. Much later, I read the first six No. 1 Ladies Detective Agency books from Alexander McCall Smith in about a week’s time. Both took me to very different places, very different times, with characters I quickly grew to love.

I was sad when I turned the final page on The Days of Anna Madrigal. I wanted another book to read immediately. Even when the end of a series is neatly tied up with a bow, there must be a way to untie it and continue. Right?

In between that evening in Brooklyn and my binge-reading, it was announced that there would be a reboot of the Tales of the City series on Netflix this year (yes, with Laura Linney in the cast once more). It will broadcast some time after my book is published, which seems a sweet kind of serendipity.

That will give me plenty of time to binge-read the entire series once again.