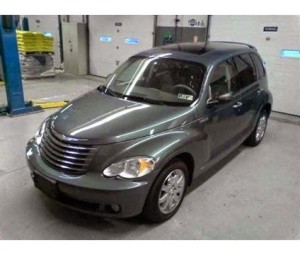 It’s probably happened to you, too.

I was walking towards the elevators at the Marriott Marquis in Washington, DC, between sessions at the US Conference on AIDS. For some reason, in the crush of people, one man caught my eye.

I gasped. It was someone I used to work for, except it wasn’t possible: that guy died over twenty years ago.

One of the men I interviewed for my next book, Friend Grief and Men: Defying Stereotypes, talked about seeing ghosts. When he walks down certain streets he’s transported back to when his friends lived and worked there, men who have been dead for decades.

The conference felt a little like that anyway. Those of us who remember the early days of the epidemic can’t do so without thinking of the people lost.

At school reunions, we take time to remember classmates who have died. Even award shows have “In Memoriam” segments. And they should.

But my experience near the elevators was a little different. I saw this guy two more times. He was always walking quickly, focused on where he was going, like most of us. Obviously it was not the guy I knew in the 80s.

I have no doubt that there were a lot of ghost friends at the conference, inspiring us to continue the fight. Maybe their names came up in conversation, or we found ourselves staring at their faces on a PowerPoint slide.

It happens other ways, too. Almost nine years after my friend Delle’s death, there are still times when I sit in our favorite coffee house and expect her to walk through the door. Once I was sitting at a red light and looked over to see a car just like hers, driven by an African-American woman who looked just like her. Thank God the light was already red, or I probably would’ve rear-ended the car in front of me.

Maybe that guy really was at the conference. Maybe Delle really is at the coffee house when I’m there. Maybe our friends never, ever leave us.

They just take up residence in our memories and our hearts, continuing to inspire, comfort and sometimes annoy us.

But as I write this, I don’t find that annoying at all.
Prev Next