How This Writer Found Her Street Team 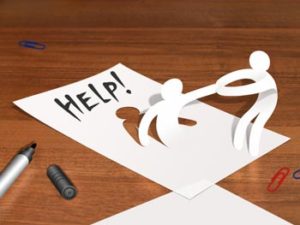 I knew next to nothing when I seriously committed to writing. An impulsive idea - to write a book about people grieving their friends - led to a series of six small books. The writers I knew all wrote romance or historical fiction, not nonfiction. I had no contacts. So I did what I’d done in my previous careers: I researched online and off. I attended my first writing conference. I took online courses. I joined a writing group. And all of that helped. But the thing that helped the most was not deliberate, not part of any grandiose career plan: I built a street team.

I had to push any ego aside, which was easier than I expected. I had to ask for help. I don’t mean “Will you buy my book?” We’ve all seen those annoying, desperate posts on Facebook and other sites. I mean, “I’m looking for X. Can you help me?”

Despite all the vitriol in the world today, people really are eager to help. Maybe the request appeals to their own ego. Maybe what you’re doing speaks to them on a very deep, emotional level. That was certainly true of the the Friend Grief series. One woman I interviewed told a friend and he asked to be interviewed. Others volunteered when they heard about my book. They wanted to tell their stories, sure. But they also wanted to contribute to the success of the books.

The book that I’ve been working on for almost two years (Fag Hags, Divas and Moms: The Legacy of Straight Women in the AIDS Community) takes that street team concept to a whole new level.

The idea originally came to me in April 2014. I was winding down the Friend Grief series, considering what I was going to do next. Another book - a bigger, more complicated, more important book - was not on the list. I was sure such a book had already been written So I set out to prove to myself I didn’t need to act on the idea that wouldn’t leave my brain.

In September 2015, I finally committed to writing this book. Late one night I posted on Facebook, in some of the AIDS groups I belong to: “I’m thinking about writing this book. Do you have any ideas about women to interview or archives to research?” Within five minutes my phone was chiming with private messages. Some came from friends; most came from strangers in the US, Canada, Ireland, the UK. All came with enthusiastic recommendations.

That has become the story of this book: the willingness of people to help. But first, I had to ask for that help. I had to risk looking stupid or unknowledgeable or just out of touch. And though there was a lot I already knew, there was 100 times more I did not know.

Almost every day since then, someone has asked, “Have you talked to X yet?” During interviews, women have recommended other women to interview. The enthusiasm is not limited to people in the community.

I’d done some research previously at the New-York Historical Society but I found very little in their online archives. I emailed the head of their new Women’s History Center, asking if she knew of anything in the non-digitized archives that would be of help. A week later, I received a very long, incredibly detailed email from one of their doctoral fellows with a list of about 20 women to interview - and why - along with an offer of further assistance. It must have taken her many hours to accumulate all the information. Almost all of the names were new to me.

Now, could I have found those people myself? Perhaps, in another universe, with unlimited time and resources. But instead, I found them by asking for help. My street team is invested - though not financially - in the success of my book. They want to see it published, they want to see these stories brought to light. They want to help.

They’ve already helped so much I could write five books. I could never fit all of these women - and I’m not finished researching and interviewing - into one manageable book. Even adding them all to my Pinterest boards isn’t enough. So I’ll have a website to honor all of them and those I expect will come forward once the book is published.

That’s what we all need: a street team, a posse, a support group, a fan base. But how do you get it?

You have to ask for help. Not in that desperate way I described. Remember, you’re not even asking for money (though you may be doing that, too, at some point) or a major time commitment. You’re giving them the opportunity to contribute to the success of something that will last: your book.

You may not believe that what you’re writing is important, whether it’s fiction or nonfiction, memoir or fantasy. But to someone - probably a lot of someones - it is.

Let them be a part of it.