When Life Gets in the Way of Writing 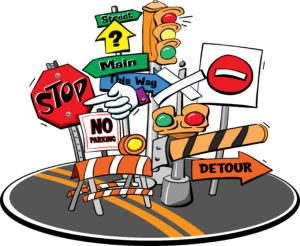 If you've read this blog for any length of time,  you know I've spent almost two years working on a new book. Fag Hags. Divas and Moms: The Legacy of Straight Women in the AIDS Community has taken on a life of its own. What started as a nagging idea turned into what I fully admit is an obsession to share important, previously-unknown stories of straight women around the world throughout the history of the epidemic.

Big project, right? I knew from the beginning it would be, but with each passing month it seemed to grow in scope and importance. Strangers around the world offered assistance. Interviewees laughed and cried and wanted to know when we could celebrate the publication of a book they said they couldn't wait to read.

Eight months ago, on a trip to New York to interview women for the book and conduct research, I fell and broke my writing hand. I'd never broken a bone before, but I managed to dislocate one finger and break four bones. I had emergency surgery to insert five pins that remained in for almost six weeks. During those weeks I was in constant pain, and started four months of physical therapy. I still have some residual issues, mostly limited to muscles freezing up and occasional soreness. Big improvement over those first few weeks.

I lost two months on the book. I tried to convince myself I didn't, but that was some serious denial at work. I was still determined to keep my deadline of a December 1 publication date, because, well, stubborn.

I spent the month of May and the first few days of June mostly in New York, mostly working on the book. I made a lot of progress, interviewed some terrific women. But I used the trip, too, to gauge my progress: was I really still on track?

By the time I got back to Chicago two weeks ago, I knew the answer was 'no'. As much as I've tried to make up for lost time, I couldn't.

I let myself be sad about this for a whole day. And then an unexpected conversation made me realize that I now had an even bigger opportunity. The new publication date is March 1, 2018 (sounds far away, but not really). March is Women's History Month and includes National Women and Girls' HIV Awareness Day. The book is likely to earn far more attention in March than in December during the holidays. I went from being sad to being excited, with no stopover at "I'm okay with it".

Trust me, I'm not the only writer who has been sidetracked by unexpected health issues. Two writer friends have faced much more serious health issues in the past year. So have friends who aren't writers. No one is immune.

This summer I'm sticking closer to home: transcribing interviews, requesting permission to use photographs, figuring out the gaps in the book chapters so I can adjust the research. There are themes emerging on their own and I want to respect that. By September I should be writing past the first chapter.

Frustrated? Yes, of course. Overwhelmed? On a daily basis. Excited? More and more every day. And now I have to make sure you're excited, too, when you read it.

Back to work.
Prev Next