How Long Should You Grieve Your Friend? 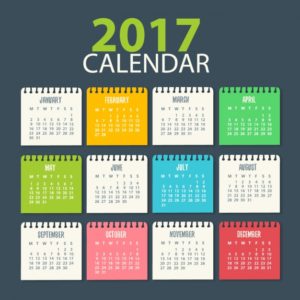 You know how it is: a conversation, a song, a place triggers a memory of your friend. Your first thought may be "I haven't thought about that in years". Your second - and third and fourth and fifth - thought is about your friend and the hole in your life since they died.

We don't do grief well. It's messy and uncomfortable and all too clear a reminder of our own mortality. So we do what most of us do best: we push it aside. We assign time limits - seven days sitting shiva, three days off from work for the death of a parent (probably none for a friend). When those around us don't conform to our desire to return to normalcy, we snap at them to "get over it". We insist that our friend would not want us to mourn, at least not for this long, but the truth is that we simply can't handle sadness.

I'm here to tell you it doesn't matter what they would want. We grieve those we love, and as annoying as they can often be, we love our friends. So stop using them as an excuse to not grieve.

A 2004 study of Vietnam veterans at the National Center for  PTSD at the Veterans Administration in Palo Alto, California found that for veterans, the loss of one of their battle buddies was as acute thirty years later as the death of a spouse only six months earlier. That's right: thirty years. It hardly seems possible, but it's all too real.

A lot of my reading and speaking and conversations in the past month or so have been about long-term survivors in the AIDS community: people who are HIV-positive and HIV-negative who survived the plague years. Like military veterans, they did not have the luxury of grieving when their friends died. But now, decades later, they are breaking their silence to finally grieve and honor their friends.

They themselves are suffering. Pushing down that grief for so long has resulted in depression, social isolation and survivor guilt. Only now, a generation later, are they beginning to feel comfortable talking about the dozens and hundreds of friends who died.

They're gathering in meetings, much like veterans gravitating to VFW halls, to tell their stories and keep the memory of their friends alive.

It may not surprise you to hear that they - like veterans - are often criticized for 'living in the past'. But if you listen closely to both groups, you won't hear exaggerated retellings of heroic exploits. You won't hear them nostalgic for the 'good old days'. You'll hear small, quiet stories of their friends: the meals they shared, the hopes for their futures, the trust and support of their relationships.

Their friendships did not last until the friends were both in middle age. Some of them didn't last until their 30th birthdays. And in mostly private moments, there is deep sorrow for that fact.

That grief keeps the friendship alive. Had that friendship simply faded as many do, a victim of busy schedules or changed priorities, it may not have been remembered so intensely.

So, how long is long enough to grieve your friend?

Maybe the better question is 'how long would you keep the friendship going if they were alive?'

Yeah, I thought so.