Not Everyone Knows What You Know 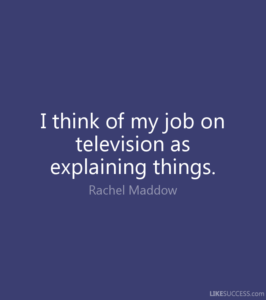 We all know things: some trivial, some important. We learned them in school, in the home, on the streets, at work. We know so many things, in fact, we may not realize that there are people out there who do not share our depth of knowledge.

In conversations with dozens of doctors and nurses these past few weeks, I’ve noticed that many, if not most, are good at explaining things. They tell me about a procedure or options in medical jargon. I know a fair amount, but not everything, so I ask them to explain. Most of them are not annoyed.

A few, though, are insulted. They don’t feel the need to explain themselves; after all, they’re the authorities on the subject. What could I possibly have to add to the conversation (which to that point has been one-sided)? As it turns out, I often have critical information that affects the decisions being considered. That’s a little different situation, though they’re also surprised when I understand what they’re talking about.

It’s the same with writing and publishing. I went into this determined to ask questions. I had to: I knew nothing. As time went on, I - thankfully - learned a lot. I pay it forward every chance I get. And when I do, I try to remember to explain things in a way that’s easy to understand.

I included that quote from Rachel Maddow because there are times when I’m watching her show and my eyes glaze over: ‘why is she explaining that again?’ She’s really good at it, but I get impatient. Then I remember that every viewer is coming from a different place, as far as information.

I write nonfiction. I deal with facts and real people in all my books. Some of it's contemporary, some of it's historical. But I'm responsible for telling those stories accurately. That’s where ‘not everyone knows what you know’ comes into play.

When I’m writing, I know the subject matter. I understand it. I’m immersed in it. But that’s not enough. I have to be able to explain something new to the reader, to make sure they understand what I take for granted.

Case in point: I was lucky to have an editor for the Friend Grief books who is considerably younger. She grew up in a world with HIV/AIDS. She doesn’t remember before the virus appeared, or what the response was to it in the 1980s.

When I sent her the manuscript for Friend Grief and AIDS: Thirty Years of Burying Our Friends, she sent it back with comments in the margins: “Seriously? This happened? Are you kidding me?”

I forget sometimes that not everyone remembers those dark early days. That’s why I tell the stories: so they learn and understand. She reminded me of that, with additional comments asking me to expand certain passages. Those edits made the stories not only more understandable, but more powerful.

At times I’ve been taken aback when I’m in the middle of a story or explanation and someone says, “I don’t know what that means.” Then I realize, much to my embarrassment, ‘of course’. It doesn’t annoy me, like it annoys surgeons and politicians and others not used to explaining themselves.

A couple years ago I was at Writers Digest Conference. I’ve gone every year since 2011 and I always learn a lot. But that year something changed. For the first time, other attendees asked me for advice. They weren’t asking for directions to the restrooms; they needed help. Their questions were basic, but not unimportant. And I realized that I was that person at my first conference: I was the one asking questions, the one who knew less than nothing, but wasn’t afraid to admit it. I answered a lot of questions for a lot of people that weekend and I was glad to do it. It was yet another valuable lesson for me.

Don’t hoard your knowledge like a priceless secret, doled out to only a deserving few you consider your peers. You weren’t always as knowledgeable as you are right now.

Not everyone knows what you know. It’s up to you if you’re willing to share.
Prev Next