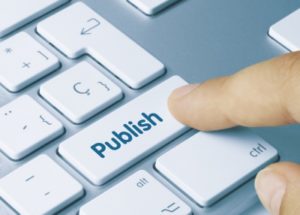 I’ve been watching Twitter lately, in particular a hashtag: #PublishingPaidMe. It was begun by two black YA authors, Tochi Onyebuchi and L.L. McKinney, calling out the glaring disparities between how much black and non-black authors are paid in advances.

For those who are unfamiliar with advances, publishers pay an author a certain amount of money, which conveys their belief in the future success of that book. It is usually based not only on the book’s excellence, but the platform of the author - the assurance that they are well-known and have a built-in audience. It’s like a down-payment, not paid in full until the publication date. The author earns nothing more until the book’s sales earn back that advance. Often, that’s the only money they will ever see.

The purpose of this Twitter thread has been to “hold publishers accountable for why black authors typically don’t receive the same advances of their white peers”.  It has been a very, well, passionate discussion. The contributors have included household names and authors who are not well-known. This is beyond unusual: authors are notoriously tightlipped about advances and income. What has been laid bare is what many already suspected: a straight white man with virtually no platform could earn an $800,000 advance for his debut novel, but established, respected, award-winning women of color would be lucky to earn 5% of that (no, I’m not naming names).

I did not set out to be an indie author. I assumed that my detailed marketing plans and well-researched manuscripts would at least get me an agent. I was wrong. “I don’t know how to market this” was the most frequent response to my queries, which led me to believe they did not read the full proposal. For my seventh book, the first not in my series, I pitched again. It was mostly an intellectual exercise. By that point the book was about to go to my editor, so I was mainly looking for feedback.

I’ve said for years that traditional publishing is called ‘traditional’ for a reason: they’re resistant to change. When I pitched that day, that idea was confirmed. My book about correcting the history of the AIDS epidemic by recounting the accomplishments of straight women in that community puzzled the agents who listened to my pitch. “Too small an audience,” one insisted. “No one outside the AIDS community would care.” But the kicker was that all four insisted I needed a celebrity to write the foreword. They believed I needed a famous man - preferably a gay man - to validate my book about women. How I managed to get through it all without laughing and/or screaming is beyond me.

So I’m definitely an indie author. I get no advances, but I do pay for everything: research trips, editing, permissions, cover design, formatting, advertising. Have I made back everything I’ve spent the past ten years? No, probably only one book has actually made a profit. Would I do anything different? Of course, though I’ve made a lot fewer mistakes than many authors. That’s because I belong to associations like Authors Guild and The Alliance of Independent Authors. And because I was lucky to make great friends in the community when I first started out.

My guess is that, with rare exceptions (like travel guides), you don’t choose a book because of its publisher. You pick a book based on recommendations from friends, from reviews and interviews, from previous exposure to that author. You probably don’t know if that book was published by a Big Five publisher or was published by the author themselves. In truth, it shouldn’t make any difference. A good book is a good book.

So I encourage you to check out your local indie bookstore. You’ll find knowledgeable staff who are passionate about books, all kinds of books. Not sure where to find one? Try Indiebound or Bookshop because there is life beyond Amazon, whether you prefer print, ebooks or audio.

Authors everywhere will thank you.
Prev Next