Why New Year's Resolutions Are Made to be Broken 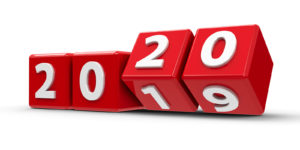 I have never been a big fan of New Year’s resolutions. They’ve always felt to me like a setup for failure. But something popped into my head this morning that has changed my mind.

I thought about what others have said to me when I was trying to do something that seemed impossible. Their words of encouragement - “You can do it!” - sometimes rang hollow. But their encouragement wasn’t time-limited. They didn’t stop encouraging me if my first attempt fell short.

Whether it was trying to improve my grades, or applying for a grant, that ‘failure’ wasn’t permanent. Maybe my grades fell short that semester. There’s another semester starting soon. Maybe I didn’t get that grant. But I could reapply or submit that proposal to a different funder. If a freelance article was turned down, I could submit it someplace else. Maybe I didn’t meditate today, so I’ll be sure to meditate tomorrow.

But with New Year’s resolutions, it’s one-and-done. You start on January 1 and if you break that resolution once, that’s it. You never try again. Your failure is final.

I don’t know how or why that became the norm. It’s January 2 and I’ve already heard from people lamenting that they’d broken one or more of the resolutions they made yesterday. “That’s it,” they shrug. There’s no indication that they will try again.

There are very few things I’ve accomplished on my first try. I suspect that’s pretty normal. And I think at the beginning of a year, when we are intent on being hopeful and positive, that’s important to remember.

It’s forty days until pitchers and catchers report (not that I’m counting), so I’m going to use a baseball example here. Really good professional, millionaire baseball players can hope to hit .300. That means they fail to get a hit 70% of the time they come up to bat. Even with batting practice before each game, during spring training and off season, they fail more than they succeed. I doubt if most people would willingly choose a profession where their chances of success were that low.

So I’m going to keep those players in mind as I go through this year, a year full of uncertainty and possibilities. I’m going to be more comfortable with failure because failure is inevitable. It just doesn’t have to be a reason to stop us from achieving our dreams.
Prev Next