Why You Have to Keep Writing in Crazy Times 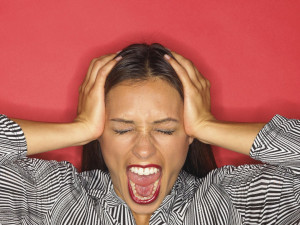 You don’t even have to be on Facebook or Twitter. Just watching the news is more than enough. No matter your political persuasion, it feels like the world is spinning out of control. The last time I felt that way was 1968. But this is different. I’ll write about that difference later, but not today. Today I’m going to tell you why your writing is still important.

There are writers who identify as ‘transformational’ or ‘inspirational’. I don’t. You probably don’t either. On a good day, you might think that what you write is mildly important. On a bad day you wonder why anyone would ever read anything you write. We all have those days, the good and the bad. That’s normal.

We write in solitude. We write in coffee houses, at our dining room tables, in the library. We write because we have something to say, something to share. If we didn’t, we wouldn’t do it. What we don’t know, can’t predict, is the impact of what we write. On a daily basis, I wonder if what I’m doing is important. I wonder if anyone will care about what I write.

Then I think about my neurologist, who I saw not long after my mother’s funeral.

“Are you writing?” he asked.

“You have to, but not yet. It’s so important that you write this book. But don’t push it. You’ll know when you’re ready.”

He was right. I did know.

I think about a woman who did something amazing thirty years ago. I found her almost by accident and included her in the book I’m working on. When I contacted her for permission, her response was swift.

“Why would anyone care about it?”

She’s not a celebrity. Not many people know her story, or a lot of the stories in the book. But that’s why I have to tell them. That’s why what I write is important.

Her story - and the ones you write - have the power to inspire someone. It doesn’t matter if you think they’re ‘just’ stories. That woman’s story needs to be told, not just because she deserves the recognition, but because someone reading it is going to be inspired to do something, too. It might be a comparable project. It might be nothing like the one described. But it will change lives, even if just for a few minutes or hours. Quite honestly, the stories of the women in my book inspire me every day. I’m chomping at the bit to share them with my readers.

That manuscript that’s making you nuts right now will be okay. You’ll work at it and you’ll get it right. One day someone’s going to pick up the finished book. They’ll read the blurb on the back cover and think, “Hmmm.” They’ll take it home, maybe start reading it on the subway. They’ll stay up too late reading, but the time will fly by and they won’t want to stop even to go to bed.

The next day when they finish it, they will be sorry. They’ll wish there was more to read. They might not talk to anyone about it, because it needs to percolate in their minds. They know it has changed them in some way. In fact, they knew that before they finished the book.

Maybe they were surprised and delighted by what they read. Maybe they learned to put a name to their feelings and realized they were not alone. And maybe they were grateful to lose themselves in another world, one that righted itself by the final page.

Yeah, the world is pretty messed up right now. But as long as we have books to read - and writers to write them - it will be alright.

Get back to work.